She’d done that drug and others for about 20 years before getting sober in 2008. But things were different back then. This time, the 62-year-old knew she needed to seek treatment before it was too late.

Downloadable data can be found here.

The powerful opioid fentanyl is often mixed into cocaine, turning the stimulant into a much bigger killer than the drug of the past. Cocaine-related overdoses took the lives of nearly 14,000 Americans in 2017, up 34% in just a year, the latest federal figures show. And they’re expected to soar even higher as cocaine’s popularity resurges.

Barton, who is African American, is wise to be wary. Deaths are rising most precipitously among African Americans, who are more likely to use cocaine than whites and fatally overdosed at an 80% higher rate.

But the scourge is festering quietly, overshadowed by the larger opioid epidemic that kills tens of thousands each year, the vast majority of them white.

More than 30 states have seen cocaine death rates rise since 2010, with Ohio leading the way. Overdoses from crack and powder cocaine killed 14 of every 100,000 Ohioans of all races in 2017 — seven times more than in 2010, according to the University of Minnesota’s State Health Access Data Assistance Center.

Colin Planalp, senior research fellow with the center, said deaths have risen steeply in rural and urban areas across America since 2000, and the increase is directly related to the national opioid crisis.

Most of the time, fentanyl is the stealth culprit, posing a particular danger to longtime cocaine users who may be older, sicker and unaccustomed to the effects of opioids.

“Your whole system is kind of thrown a curveball,” said Katherine Engel, director of nursing at the Center for Addiction Treatment in Cincinnati. “You’re an opiate virgin, so to speak.”

Tom Synan, police chief in Newtown, just outside Cincinnati, said the risk extends to cocaine users who also have used older opioids such as heroin because fentanyl is 50 times more potent.

“In the ’70s, a ‘speedball’ was a mix of cocaine and heroin. I call this ‘speedball 2.0.’ Fentanyl has made it much worse,” he said. “It’s made every drug people are addicted to into a crisis.”

In May, in Cincinnati’s county of Hamilton, cocaine overdoses killed six people over 10 days.

The crisis is growing as more people use cocaine.

Supply helps drive use. A 2018 report by the U.S. Drug Enforcement Administration says record cocaine production in Colombia, the primary source for cocaine seized in the United States, has widened the cocaine market and pushed down prices. The agency expects the trend to continue.

Synan said the supply has ebbed and flowed over the years and cocaine never went away. What’s different now, he said, is the intentional and unintentional addition of fentanyl.

Sometimes, law enforcement experts said, dealers spike cocaine with the inexpensive synthetic opioid to hook people. Other times, it gets mixed in through sloppy handling or packaging somewhere along the way.

While some users overdose and die from cocaine mixed with fentanyl, others come to crave the potent combination for its high.

“Instead of being a deterrent, it’s an incentive for some,” said Evonne Stephenson, a nurse practitioner at the Urban Minority Alcoholism and Drug Abuse Outreach Program of Cincinnati. “Everyone thinks they’re invincible.”

Actually, drug use makes them more vulnerable to serious health problems or death, especially as they age. Indeed, the steepest rise in cocaine-related overdose deaths nationwide was among people 45 to 54 years old.

William Stoops, a University of Kentucky professor who studies drug and alcohol addiction, said longtime cocaine use causes cardiovascular problems, which raises the risk of dying from an overdose even before fentanyl is added to the mix.

Barton likens doing cocaine these days to a game of Russian roulette. 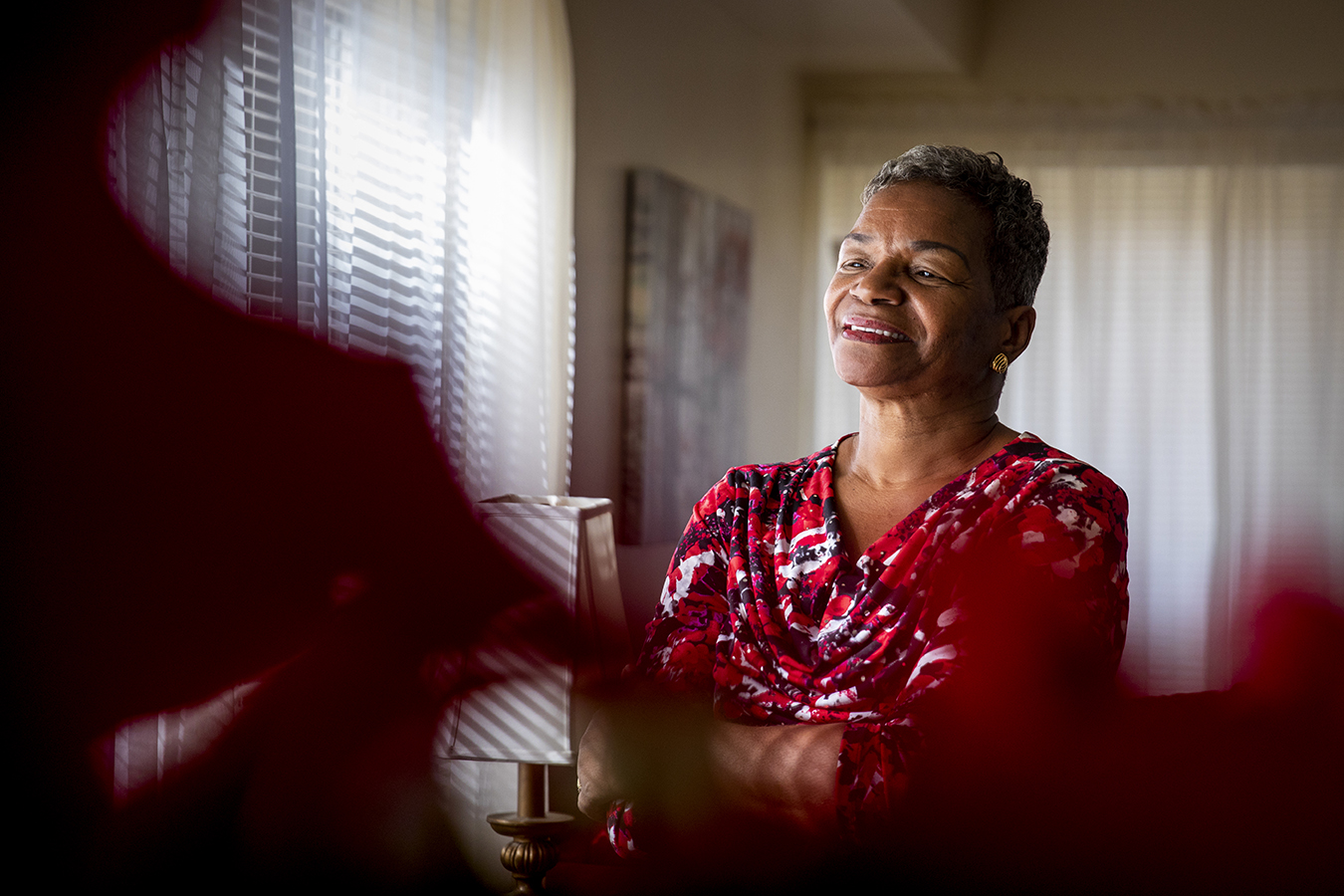 “One person might get super high,” she said. “The next one may take it and die.”

Long-simmering resentment among African Americans around the criminalization of cocaine addiction in the 1980s and ’90s fuels an ongoing mistrust of law enforcement and public health efforts.

The way people think about and tackle drug use has been “influenced by who we think uses them,” said Jeffrey Coots, who directs John Jay College of Criminal Justice’s “From Punishment to Public Health” initiative in New York.

And though African Americans use opioids, too, today the drugs are typically associated with white users.

“There’s a thought that no one cared until a bunch of white people started dying,” said Stephenson, the Cincinnati nurse practitioner. “That’s so tragic.”

Synan said he’s heard this sentiment. People ask: “‘Why do you care now if you didn’t care back then?’” he said. “So you have to overcome that. Whether it’s real or perceived, it doesn’t matter, because it’s still an issue.”

Synan said he understands the concerns and acknowledged that society sees opioids more through a medical lens. But he said that’s partly because of an evolving understanding of addiction and the sheer numbers of overdose deaths in recent years, which require urgent action.

Another challenge: There’s less in the treatment arsenal for cocaine addiction. While medications such as Suboxone and methadone treat people hooked on opioids, there are no federally approved medications to treat cocaine problems, even though researchers were testing promising medications nearly 15 years ago. 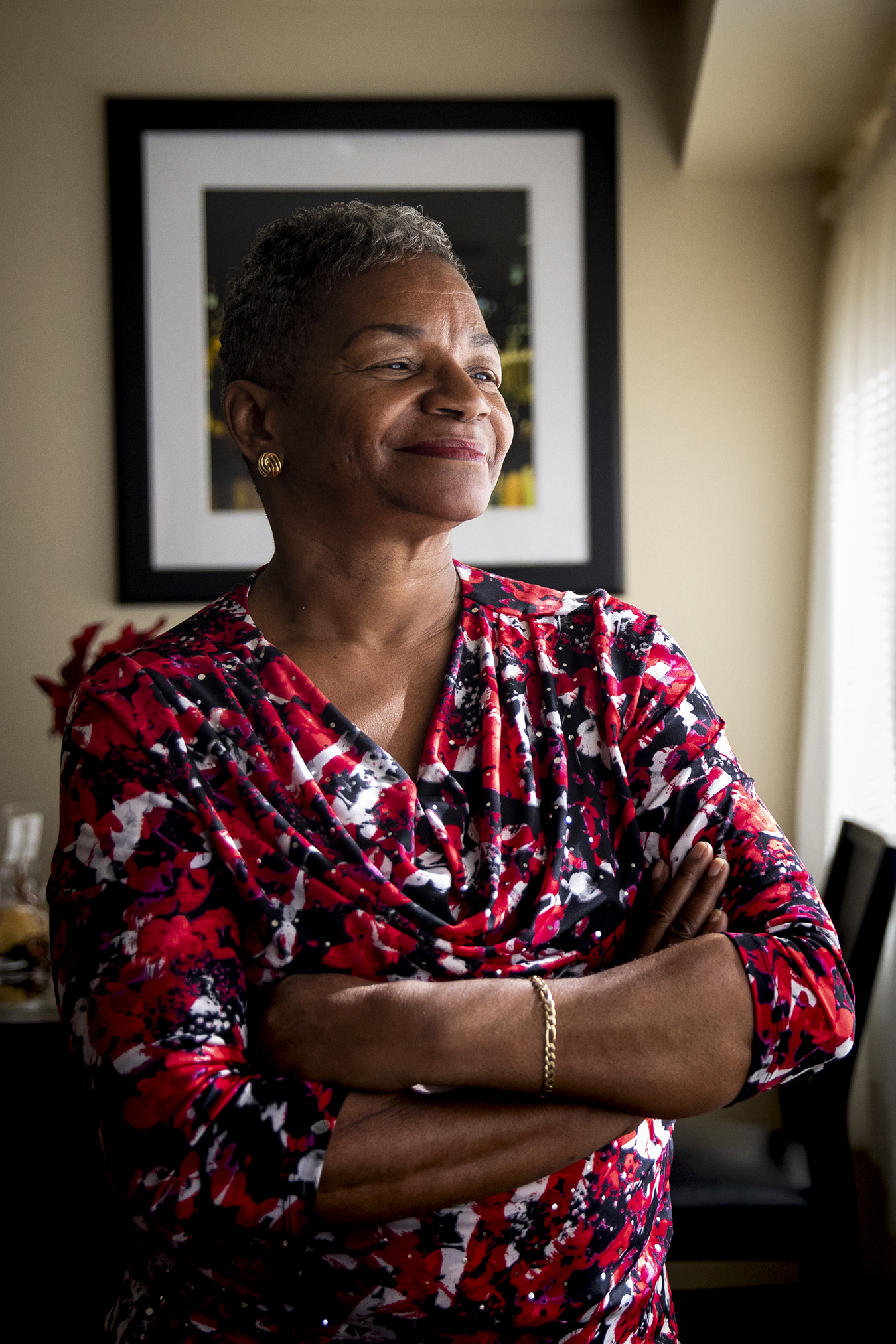 Deadly cocaine overdoses are rising most precipitously among African Americans, who are more likely to use the drug than whites and fatally overdosed at an 80% higher rate.(Meg Vogel for KHN)

“What we’d certainly like to see more of is community-level interventions that go at the drivers of drug use in the first place — seeing it as the symptom of a problem,” Coots said.

In Ohio, the Hamilton County Heroin Coalition — which plans to change its name to reflect a focus on all addictions — has reached out to African Americans through black churches, public forums and community leaders. It tries to spread messages about prevention, the dangers of today’s cocaine, where to get help and the need for every drug user to carry naloxone.

The group also has a “quick response team” including police, emergency workers and addiction specialists who follow up with overdose victims, often going to their homes to try to get them into treatment.

That treatment needs to be “culturally competent,” Stephenson said, meaning providers respect diversity and the cultural factors that can affect health. These are key goals of the Urban Minority Alcoholism and Drug Abuse Outreach Program, where she works.

Barton said treatment she gets through this program is helping keep her sober and productive. She works as a cook in nearby Covington, Ky., and also tries to help friends still struggling on the streets.

Lately, she’s been especially worried about one friend, a longtime cocaine user who has overdosed repeatedly and landed in the hospital.

She pleads with him to be careful, delivering a dire warning:

“One day, you’re just not gonna come back.”

This story also ran on NBC News.
This story can be republished for free (details).

Cerritos City Hall to reopen June 1 by appointment only

KHN’s ‘What The Health?’: Still Seeking A Federal Coronavirus Strategy

Cerritos City Hall to reopen June 1 by appointment only

KHN’s ‘What The Health?’: Still Seeking A Federal Coronavirus Strategy

For Seniors, COVID-19 Sets Off A Pandemic Of Despair